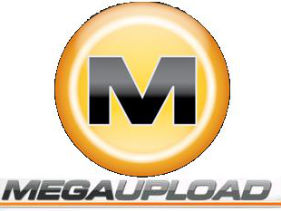 Shortly after it was revealed that Swizz is the CEO, the Feds shut down the cloud storage site.

Shortly after it was revealed that Swizz Beatz is CEO of Megaupload, the cloud storage site has been closed down by federal prosecutors..
Federal prosecutors have shut down one of the world’s largest file-sharing sites, Megaupload.com, on charges of violating piracy laws — a day after a 24-hour blackout of popular websites such as Wikipedia drew national attention to the issue.

“This action is among the largest criminal copyright cases ever brought by the United States,” the Justice department said in a statement about the indictment.

The indictment accuses seven individuals and two corporations — Megaupload Limited and Vestor Limited — of costing copyright holders more than $500 million in lost revenue from pirated films and other content. It was unsealed on Thursday, and claims that at one point Megaupload was the 13th most popular website in the world.

Megaupload was unique not only because of its massive size and the volume of downloaded content, but also because it had high-profile support from celebrities, musicians and other content producers who are most often the victims of copyright infringement and piracy. Before the website was taken down, it contained endorsements from Kim Kardashian, Alicia Keys and Kanye West, among others.

The Hong Kong-based company listed Swizz Beatz, a musician who married Keys in 2010, as its CEO. Beatz declined to comment through a representative.

The individuals in the criminal enterprise each faces a maximum penalty of 20 years in prison on racketeering charges, five years for conspiracy to commit copyright infringement, 20 years on money laundering charges and five years on related charges.

Megaupload was led by colorful Australian Kim Dotcom — aka Kim Schmitz, or Kim Tim Jim Vestor. He is a a resident of both Hong Kong and New Zealand, and a dual citizen of Finland and Germany, who legally changed his last name to “Dotcom.”

The website’s founder and “chief innovation officer” was once convicted of a felony but has repeatedly denied engaging in piracy, according to CNET.com — and he made more than $42 million from the conspiracy in 2010 alone, according to the indictment.

The indictment comes the day after a 24-hour “blackout” of Wikipedia, a protest doodle on the homepage of Google, and numerous other protests across the Internet against proposed anti-piracy legislation that many leading websites — including Reddit, Google, Facebook, Amazon and others — contend will make it challenging if not impossible for them to operate.

The Protect Intellectual Property Act under consideration in the Senate and the Stop Online Piracy Act (SOPA) in the House are bills backed by the motion picture and recording industries intended to eliminate theft online once and for all. S. 968 and H.R. 3261 would require ISPs to block access to foreign websites that infringe on copyrights.

Online piracy from China and elsewhere is a massive problem for the media industry, one that costs as much as $250 billion per year and costs the industry 750,000 jobs, according to a 2008 statement by Patrick Leahy, D-Vt.

But how exactly the bills would counter piracy has many up in arms.

The Associated Press contributed to this report. 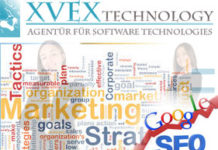