WASHINGTON — President Trump is welcoming government numbers he once insulted as “imposter” as he tries to assume acknowledgment for the most recent U.S. occupations report.

A Labor Department insights was promoted on Friday that show U.S. employers added 235,000 employments in February. The unemployment rate plunged to 4.7 percent from 4.8 percent. 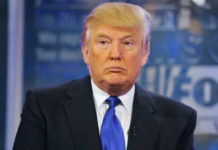