A vehicle explodes at a busy checkpoint. The number of victims increases hourly.

Mogadishu (dpa) – Torn up car bodies, building rubble, dead and injured: In one of the most devastating bomb attacks of recent months, almost 100 people have been killed and dozens more injured in Somalia’s capital Mogadishu.

“We now have almost 100 people killed in this terrible attack,” police officer Ahmed Bashane told the Vibes FM press. The number of deaths has been rising steadily. By noon, 73 dead and dozens of wounded had been brought to the municipal Medina hospital alone, said the head of the municipal Medina hospital, Mohamed Yusuf. Eight dead and dozens of wounded were reported from Dahir Elmi-at-Shafi hospital.

Mogadishu’s mayor Omar Mohamed Filish had spoken of 90 injured, including many students, shortly after the explosion. Among the dead, according to police sources, are five police officers and three Turkish citizens. According to initial findings, they are road construction engineers.

Both the European Union (EU) and Russia condemned the “barbaric attack”. The bloody attack by extremists was apparently aimed at destabilising the situation in Somalia, the Foreign Ministry stated in Moscow. Russia would continue to support the Somali government in its efforts to reconcile the country and prepare for elections.

“Our position is clear”, stressed EU Council President Charles Michel on Twitter, “Europe will continue to support Africa in the fight against terrorism”. Somalia’s president Mohamed Abdullahi Farmajo called on the population to show solidarity in the fight against “the enemy of human dignity” and declared: “The only goal that the terrorists have developed in our country is the indiscriminate killing of innocent people”.

Eyewitnesses spoke of a scene of devastation after a truck apparently loaded with explosives blew up at a checkpoint in a busy neighborhood during morning rush hour. The explosion occurred near a tax office. However, a connection is still unclear. A large cloud of smoke was visible from afar above the site of the explosion. The force of the detonation also damaged numerous buildings. Hours later, residents were still searching for victims.

“The area was full of people driving to school or shopping in the city when the terrible attack occurred,” said government spokesman Mukhtar Omar. According to a police spokesman, the explosion in the early morning also severely damaged two minibuses with school children on board. Eyewitnesses reported that the bodies were torn open and the vehicles were completely torn to pieces. Some of the helpers desperately tried to take the wounded to the nearest hospitals on donkey carts or bicycles.

Although there were no letters of confession at first, the terrorist Al Shabaab is suspected to be behind the attack. The terrorist group has been fighting for years for supremacy in the country in the Horn of Africa. The Sunni fundamentalists dominate large areas in the south and centre of the East African country and repeatedly carry out attacks, most recently preferably on hotels, public buildings or squares and also on government institutions. They are also active beyond the borders of Somalia.

However, the Islamists do not always identify themselves as the perpetrators of these attacks. This also applies to the most serious attack to date in Mogadishu, in which more than 500 people died in October 2017. Followers of the group are also suspected to be behind numerous kidnappings. 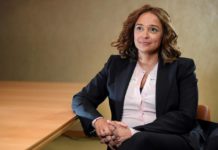