For some days now, Nigerians have been protesting against the Special Anti-Robbery Squad (SARS), a unit of the Nigerian federal police force, after a video emerged of officers allegedly killing a man. Shortly after the video went viral, a hashtag trend, #EndSarsNow took over. It opened up discussions on the atrocities committed by the unit.

It is time to call a spade a spade and make the world understand what is really going on in Nigeria. The benefits of social media and technological progress have turned social media into a platform of lies and truth. Many videos circulating online are all videos that have been edited, while some of them may be true. Yet there is a reason for this cry from Nigerian youth that is forcing the government to end SARS. Before we go into this, let us answer this question;

When a Nigerian says he/she is self employed, what does that mean?

The answer to the quoted question will help you to understand what SARS is and why it was created.

In addition, neighbouring Nigerian countries such as Ghana (in particular), Togo, Cameron and others must first assess their current crime situation based on the increase in robbery and fraud in their own countries before they can join the endSARs movement. These neighbouring countries need to analyse the factors that have led to the rise in these crimes in their peaceful countries over the last decade.

According to Wikipedia “The Special Anti-Robbery Squad (SARS) is/was a branch of the Nigeria Police Force under the State Criminal Investigation and Intelligence Department (SCIID) founded in 1984. The squad was created as a facemask wearing police unit that performs undercover operations against crimes associated with armed robbery, car snatching, kidnapping, cattle rustling, and crimes associated with firearms.” In 1992, SARS was also assigned to investigated and apprehend Nigeria 419 Scammers. The 1992 reformation was established after the FBI and other criminal officials around the globe came together to find ways and means to stop this 419 activity.

With their “Nigeria 419” method, Nigerian youths have scammed more than a billion dollars from all people on this globe. This has caused great concern among all nations. The FBI has warned the public. The Australian Competition and Consumer Commission (ACCC) has been releasing annual targeting scam reports. According to the Financial Crime Enforcement “SARs Help Identify Accounts and Additional Nigerian 419 Scams Associated with $32 Million Coal Mine and “Divine Gold” Ponzi Scheme“. It further went on by stating that “ The lead Federal investigator credited Suspicious Activity Reports (SARs) with providing additional bank account numbers previously unknown and with revealing the existence of additional Nigerian 419 scams….”

The US Embassy in Nigeria stated on their website “We receive inquiries every day from people who have been defrauded for hundreds and sometimes thousands of dollars by Internet contacts they thought were their friends or loved ones. Internet scams are attempts by con artists to convince you to send them money. In Nigeria, these scams are also referred to as 419 scams. “

Also known as advance payment fraud or 419 fraud, is a pattern whereby a sender requests assistance to facilitate the transfer of a sum of money, usually in the form of an e-mail. This scam activity is most commonly practiced by both Nigerian youth living in Nigeria and those living in other countries. Nigerians have been arrested by the cybercriminal police in all countries for allegedly deceiving or defrauding someone.

Today these Nigerian 419 activities are practised worldwide by Nigerian and other fraudsters.

Why Many Nigerian moved out of Nigeria?

The establishment of SARS forced many Nigerians to move out of Nigeria to settle in the other African neighboring countries especially in Togo, Cameron, Ghana, South Africa and so on, so as to be able to continue with their scamming, prostitution and armed robbery activities. These Nigerians have been able to acquired passport and voting IDs from these countries so as to further their scamming activities. Knowing that their activities will always be under surveillance because of SARs, moving from Nigeria to neighbouring countries seems to be the right solution.

Why are the youths protesting?

It is clear that most of these demonstrators for the abolition of SARS are unemployed and those who call themselves self-employed. Most of them are criminals and fraudsters who usually send us fraudulent e-mails. There might be one or two good people among these protestors who might loose their lives for something they are not aware of. The Protestants have drawn innocent boys into this movement by slaughtering them themselves at the same time and posting fake videos and pictures online so that the world can sympathize with them. One should ask these questions, Are those holding the machete, sticks, iron bars and knives the protestors or the SARS? Have we identified the causes of the deaths? Was it by slaughter or by shooting? I expect that the police forces will hold guns in the normal sense and not machete, knives, sticks, and so on. Every country including Nigeria is corrupt, it has nothing to do with the Nigeria government, but Nigerians own self-interest in making fast money.

The Nigerian youths have abolished the call for a professional career that would bring them well-paid jobs; and now striving for fame and fortune. In fact, even those who had earned professional certificates at both Nigerian and foreign universities have given up those certificates to pursue a career in show business and fraud. TheGuardian alluded “Nigerian youths… The scramble for quick wealth, fame“.

The Nigerian youth of today wants to drive jeeps without sweating. The emergence of SARS has prompted most of these Nigerian youngsters to leave the country in search of greener pastures to make quick money by traveling to Europe, Australia, Asia, the USA and African countries. Outside their home country they still resort to prostitution, drugs or fraud. Those who travel to neighbouring African countries are usually involved in robbery, fraud and money laundering under a false identity. The minority stick to their books.

Money is good and resolves many problems, yet the pace at which young people boldly go into crime to acquire this wealth is quite unacceptable. A goal of Nigerian youth is to be a millionaire overnight and lead a prosperous lifestyle, regardless of the consequences. Nigerian young people have become lazy about their books and their hard work.

Absence of SARS and its implication to the World

The Nigerian President, Muhammadu Buhari, announced that SARS will be disbanded. Nigerians continue to protest, asking that the entire unit be scrapped and the police laid off as redeployment to another unit does not necessarily mean an end to the brutality.

Do you think that SARS should be completely banned? From the author’s point of view, it is believed that ending SARS could push Nigerian youth to return to their own country, continue their crimes and leave neighbouring countries alone. However, this wish might not come true as they now feel comfortable in the countries where they live and are still able to carry out the same criminal activities, especially in Africa. According to the writer, not all Nigerians are criminals but the majority. Most of the protestors do not even know the reason why they are protesting.

The benefit of SARS to the Nigerian Government has led to the spread of crime in neighbouring countries.

The author does not attempt to portray the SARS as a good organisation without fault, but one must understand that the members of the SARS are not foreigners, but Nigerians as well. We should also ask ourselves, why the protesters were those holding machete and other weapons? 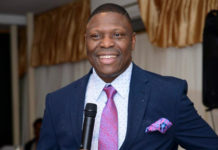 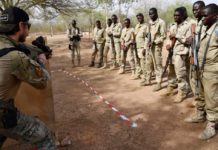 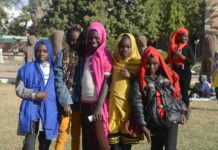