What We Think About The Univeritätsklinikum Hamburg Eppendorf In Germany

There has never been a worst hospital with lot of secrets. Univeritätsklinikum Hamburg Eppendorf (UKE) could be considered as one of the  worst hospital when it comes to customers attendance. Moreover, their claim of healing an Ebola patient still remains a doubt.

Actually, the hospital is a university and most of the doctors are with no advance experience. On the 20.12.2014, a patient reported at this hospital with a very severe pain. The patient complained that he had problems breathing due to that pain. The so called male doctor advised the patient to take paracetamol!!! The patient spent 5 hours at this station and was told at the end to take paracetamol.

At the hospital, the woman doctor asked the patient with the severe pains:
Do you have stool?
Do you take drugs?
Do you drink alcohol?

One funniest part was that, they used an instrument that was used on another patient on this new patient. After one of the so called doctor realized that the tool was to be used one time on each patient, he said “Ooops!!” Seriously, this is not a hospital to go.

There are many hospitals in Hamburg owned by private organizations which you could trust to have a good service.
Are you new in Hamburg? Then do not waist your 7 hours at the Univeritätsklinikum Hamburg Eppendorf (UKE) (University Hospital Hamburg), with the hope to have a solution to your problem. The patient spent 5 hours at this hospital and came out from the hospital with nothing… no medicine and no prescription.

The reason why they take any one who reports there is because, each citizen in Germany must join a health insurance company who pays for all your hospital expenses. This is a law in Germany that each person should join one of these organizations. Your health insurance organization deducts monthly cash from your salary and pays directly to the hospitals when you visits there. — They call these organizations “Krankenkasse”.
So, taking your blood, checking your urine are all indications that you have been there and they are to be paid. But, do not worry, you will go home with your sickness.

This is a university and not a hospital. According to our the patient, the doctor who attended to him was not more than 22 years of age.
The funniest part was that, after they have taken his blood and and… He was asked to wait in the waiting room with the severe pain.
In 3 Hours later, he saw the doctor passing by, he approached the doctor and requested how long he needed to wait to get the results from the laboratory. The doctor answered, “I am not sure, i just called there, but could take more hours”. …and left.

The patient then went to the counter and asked how long the results will be issued. The counter answered “Your blood test result is already there”.

I mean, this is a hospital that you do not want to visit. Stay away from this fake University hospital who is trying to build a reputation.
The University Eppendorf Hospital is the worst.

On this website, the claimed to heal the Ebola patient …which was a lie:
http://www.spiegel.de/gesundheit/diagnose/ebola-patient-geheilt-aus-uni-klinik-uke-in-hamburg-entlassen-a-995346.html
On this website too:
http://www.ndr.de/nachrichten/hamburg/Hamburger-UKE-entlaesst-Ebola-Patienten,ebola174.html
http://www.ksta.de/panorama/-klinik-eppendorf-wie-der-hamburger-ebola-patient,15189504,28826730.html

These are all hamburg news magazine companies trying to build the reputation of this hospital, but to be honest… Both the three median companies are just telling stories and not the real truth!

Why could this patient not survive on German soil in Leipzig?
http://959dukefm.com/news/articles/2014/oct/14/un-medic-dies-of-ebola-in-german-hospital 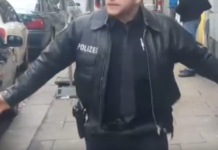 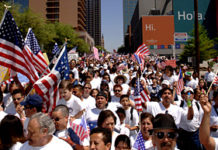