US President Trump wants to return the USA to normality. And along the way, he’s been stirring up trouble with states. One governor says Trump’s “derailed” – endangering millions of people.

Washington (dpa) – US President Donald Trump expects 60,000 to 65,000 deaths in the USA as a result of the coronavirus pandemic – considerably less than feared in previous predictions. Every death is one too many, Trump stressed at a press conference at the White House.

The number of victims currently expected, however, is below the predictions of at least 100,000 dead that the White House recently presented. “I think that hopefully we will stay considerably below the 100,000,” said the US president.

Trump had presented new guidelines on Thursday to gradually put the US back on the road to normality and gradually reopen the economy. In the USA, unemployment has risen dramatically because of the Corona crisis. Trump is coming under increasing pressure due to the upcoming presidential election in November. According to a survey by the research institute Pew, 65 percent of Americans think Trump reacted too late to the corona threat. Sixty-six percent are concerned that the states could lift protective measures too early.

SHOULD TRUMP “GO TO WORK”?

Trump didn’t specify a timetable in his guidelines and left the decision to the governors of the 50 states. The Republican nevertheless went on a confrontational course with Democratic leaders on Friday. Especially with New York’s governor Andrew Cuomo he exchanged blows. Trump tweeted during Cuomo’s daily press conference, saying he should “spend more time on “doing” and less time on “complaining”. Cuomo replied with regard to Trump, “If he’s at home watching TV, maybe he should get up and go to work.”

On Friday, Trump fueled protests by his supporters against strict protective measures in federal states. On Twitter, the Republican wrote in capital letters, “Free Michigan,” “Free Minnesota,” and “Free Virginia.” – all three states are governed by Democratic governors who have issued stringent protective measures. Demonstrations against the measures have been taking place in several states in recent days.

Trump had said to the protesters on Thursday, “I think they’ll listen to me. I think they’re the ones who like me.” Also on Friday, Trump explicitly defended the demonstrators – some of whom had appeared armed. “These are people who express their opinions,” he said. “They seem like very reasonable people to me.”

The Democratic Governor of Washington, Jay Inslee, condemned Trump’s “illegal and dangerous” remarks on Friday. “He puts millions of people in danger of contracting Covid-19. His disturbing tirades and calls for people to “liberate” states could also lead to violence,” said Inslee in a statement. “The President has derailed.”

With the guidelines presented on Thursday, Trump wants to bring the US back to normality in phases and gradually reopen the economy. The plan provides for a far-reaching return to normality in three stages, if certain criteria are met in states or regions. For example, before each new phase, the number of confirmed coronavirus infections should have decreased over a 14-day period.

Under the new guidelines, first states announced cautious relaxation of protective measures. Texas Governor Greg Abbott said in Austin on Friday that currently closed stores could reopen from Friday next week if they delivered, shipped or made goods available for pickup. The reopening of state-administered parks will begin as early as Monday, Abbott said. Visitors would have to follow safety measures, however. Schools will remain closed this school year.

Minnesota Governor Tim Walz announced on Friday that parks, hiking trails, golf courses, outdoor shooting ranges and shops selling fishing lures, among other things, could reopen if visitors followed protective measures. “It is important for us to stay active and enjoy nature while preventing the spread of Covid-19,” Walz said after a statement. In Vermont, dealers can reopen and construction work can resume under certain conditions.

According to a census in the “New York Times” (online edition Friday), at least 7000 people in retirement homes in the USA have died after infection with the corona virus. This means that about one fifth of all deaths due to the corona pandemic nationwide are related to such a facility. In New York State, the state worst hit by the pandemic, 72 facilities have registered at least five or more deaths each due to the virus, the newspaper reported further. In neighboring New Jersey, more than 1500 corona deaths were reported in connection with nursing homes.

THE SITUATION IN THE USA

In the USA, according to surveys by Johns Hopkins University, there were more than 37,000 deaths from coronavirus infection by midnight on Friday (local time). Over 700,000 people tested positive for the virus – more than in any other country in the world. 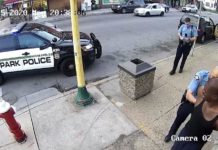 Marschall Noel
George Floyd died from asphyxiation, as a white police officer pressed George's neck down to the ground with his knee For many, it seems the year 2020 has had a little difficulty settling in. From day one, the world mourned a great athlete, Britain exited...
Read more

Nadine Neuß
The coronavirus death toll in the US now counts over a 100,000 in less than four months The US has seen more fatalities than any other country, while its 1.69 million confirmed infections account for about 30% of the worldwide total. The first infection of...
Read more

Marschall Noel
German FA is set to debunk the popular saying that football without fans is nothing It’s hard to imagine a football stadium, or any other sport, without the presence of agitated, die-hard fans. For football lovers around the world, these past few months dealing with...
Read more