This is a huge blow for the basket ball community and his family. The L.A. county sheriff’s office has confirmed that at least 9 people died including Kobe Bryant and his daughter. Kobe Bryant was traveling with his 14-year-old daughter to his youth basketball academy when they and seven other people perished in the crash. They were given special approval to fly in foggy weather.

Kobe Bryant was an American professional basketball player. He played his entire 20-year career in the National Basketball Association with the Los Angeles Lakers. He entered the NBA directly from high school and won five NBA championships. He retired in the year 2016. 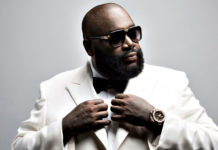