This time Germany is taking in dozens of minors who are hoping for a better future.

Athens/Hanover (dpa) – 47 unaccompanied minors who had last lived in camps on the Greek island landed at Hanover airport on Saturday morning.

They are to be housed for a two-week quarantine in the district of Osnabrück before being distributed among the federal states. According to the Ministry of the Interior of Lower Saxony and the Federal Ministry of the Interior, 42 children and 5 youths are involved, 4 of whom are accompanied by younger siblings. 4 of the minors are girls.

“I am pleased that we are able to receive the first unaccompanied children today – despite the heavy burden of the Corona crisis,” said Federal Interior Minister Horst Seehofer (CSU). Lower Saxony’s Interior Minister Boris Pistorius (SPD) called the arrival of the refugee children a beginning.

The unaccompanied children and youths were accommodated in refugee camps on the Greek islands of Lesbos, Samos and Chios. They came from Afghanistan, Syria and Eritrea.

The Ministry of Migration in Athens had initially reported 49 minors after the start. According to the German ministries, however, there were 2 children on board in addition to the 47 who had been abducted to Greece by their father and returned to their mother who lives in Germany. 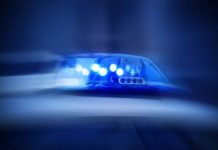