There remains no official cure for COVID-19

As top scientists race with time and the fast spread of the pandemic to find a drug that can combat the virus, many turn to thoughts of self-medication as a means to prevent themselves from coronavirus.

One such self-medication method is the usage of antimalarial drugs like hydroxychloroquine or chloroquine. These drugs are often used in the treatment of malaria, reducing fever and inflammation in the patient.

Ever since the world caught a whiff of chloroquine’s apparent benefits in the fight against COVID-19, prescriptions for the antimalarial drug rose.

With so many people curious about the drug, is it truly the answer to all our pandemic problems?

Across Africa, Asia, Europe and parts of South America, trials have regardless begun to test the drug’s effectiveness on those exposed to the virus.

There is however, insufficient evidence from these trials to prove the effective use of the drug in prevention or treatment for COVID-19.

In the fight against malaria, the drug has helped save thousands of lives, especially in West Africa where the disease continues to claim lives. However, there is no evidence that suggests the drug combats the virus.

The World Health Organization expressed concerns over the use of the drug as a self-medicating approach to preventing infection, warning people about the harmful side effects of consuming the malaria drug.

An article published by the medical journal on 22 May presents findings that insinuate the drug is capable of influencing the heart rate, creating cardiac toxicity and worse.

The journal quotes a study by the Medical Director of Brigham and Women’s Hospital in Boston, Professor Mandeep Mehra – and the largest to date – which covers the treatment of almost 15,000 COVID-19 patients out of 96,032, with hydroxychloroquine. The findings failed to prove the drug had any positive impact by the drug in the health of those infected.

Determining the use of chloroquine in the midst of the pandemic has not been certain nor positive. The one thing it is likely to be is scarce as rising demand for the drug has forced some countries to restrict sales to the general public.

Hydroxychloroquine may not be the medical world’s answer to the pandemic, but for many in West Africa and other malaria prone regions, it is more crucial than any. 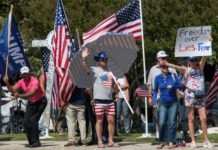