For a couple of weeks ago, if you would have checked on Yeezy Season 5, you may have perceived a melody by The-Dream that soundtracked the show.

If not, Kanye West has quite recently dropped the entire thing on Soundcloud for everybody to tune in.

The track is a 17-minute long version of The-Dream’s “Bed”, which played as Ye’s models showed up as rotation video visualizations at the focal point of his show. This is an observably stripped-back occasion contrasted with the Season 4. In any case, that was not the first rtime this tune has been played. Way back in 2007, it initially showed up during the J. Holiday’s Grammy-nominated debut album collection Back of My Lac. The new versin was made with DJDS (fka DJ Dodger Stadium, made up of Samo Sound Boy and Jerome LOL ), who additionally worked together with Kanye on The Life of Pablo.

The-Dream has beforehand said that after co-composing the tune with Los Da Mystro around 10 years ago, it made him reconsider R&B: “This is the thing that new R&B will sound like.” 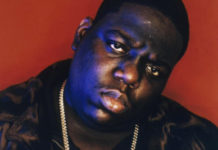 The Confirmation Of Notorious B.I.G. Documentary In Hip Hop